Note: Some of the information have been taken from Winx Wiki. All credit goes to the original author.

These are the standards for the articles, pictures and any other items on Hollywood Arts. If you need any help, questions or concerns, feel free to ask our active administrator, Stellamusa101. You could also ask our chat moderators Chocolate-lady112 and ScarlethX for chat help.

Articles must be written using the Magic Mirrors continuity. There is no negotiating this. This is an English Hollywood Arts that primarily acknowledges the Magic Mirrors version with footnotes for the 4Kids version and Tec Studios (Malay) dub.

There is a difference between a rumor and a theory. (Definitions from dictionary.com)

Rumors and theories are both allowed on this wiki, but should be specified as such. Passing rumors or theories as fact, without appropriate qualifiers, is unacceptable.

An acceptable example of each as follows.

The following words do not need to be capitalized unless they are the beginning of a sentence or part of a proper noun: evil, good, fairy, witch, etc.

We have all taken English classes and standard English grammar has not changed in the last few years. The English language, especially in a wiki, is not the place to make up your own new rules.

Grammar update as of 30 August 2013: Please use the US spelling.

Only the spelling "fairy" and its plural variant "fairies" will be used. Alternate spellings such as fay, fae, faerie, and fayrie are not acceptable. This is a reference guide to the The Gems: A Magical Adventure series and as such should be treated like a dictionary, with uniform spelling.

While many characters have royal titles and are the sovereigns of their realms, the titles are not to be included in the article name. Use their given name only.

Example: Sugar is the commander of Air Melody; her page title is simply just Sugar.

Use the following template at right:

Profile pictures are supposed to be 300 pixels wide - 400 pixels wide. An example of an appropriate and preferred size below: 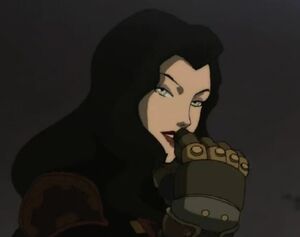 On galleries we prefer stock art and transformation screenshots. For uploading all screenshots, please upload at this wiki instead.

The quality of a picture depends on how well you are able to see its contents. If the picture seems off (for example, it is too bright, too dark, or too grainy and you are not able to make out details) it is not acceptable and should not be used anywhere on the site.

Only put pictures on the pages after all of the information has been added. If the description is good enough, then adding pictures won't be a necessity until later.

Stock art is a valuable tool to communicate an outfit. However, some "stock art" isn't really stock art - it is painted on a model. Be careful. Emerald's Fab Fashions is especially bad for this, so don't use anything from there.

Stock art must be:

Screenshots are wanted and needed; however, there are some criteria.

For the transformation screenshots, we probably will not be able to see the faces very well. A little blurry is fine, like below: 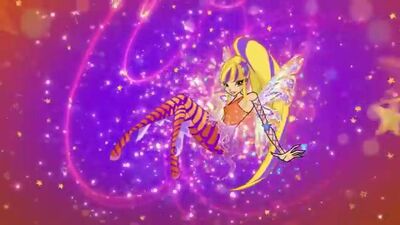